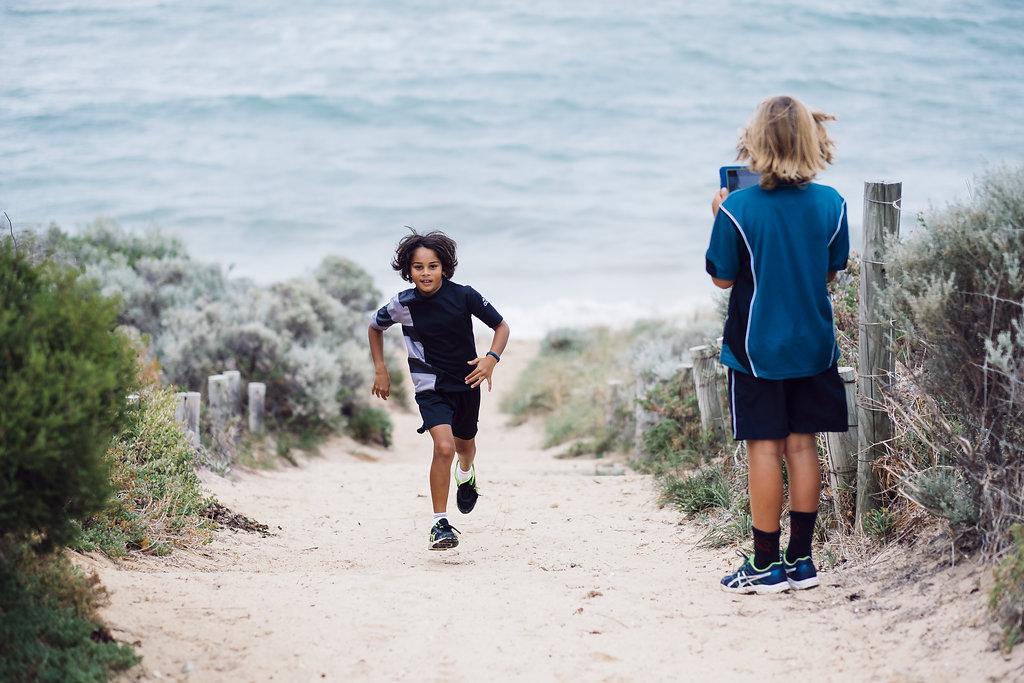 My name is Nathan Dowrick, and I’m a university student studying Law/Journalism. I also consider myself to be a very exercise driven person. I like to use my bike as transport wherever possible, I go to the gym regularly, and perhaps most importantly, I practice yoga every day. I aim to practice for at least an hour every day, and I am always happy to extend that amount if time permits. Sometimes, this is easier said than done. Between my casual work as a retail assistant, uni commitments, and my tendency to spend hours in the kitchen, I often feel as though my entire day revolves around finding time to do yoga. In fact, it has become such a huge part of my life that on days I can’t find the time to practice, I feel sluggish, stiff, and even mentally drained. I truly can’t imagine what my life would be like without yoga. However, this wasn’t always the case.

During my time in school, I was what some would call “exercise averse”. I enjoyed playing tennis, and I wouldn’t have described my lifestyle as sedentary, but I certainly didn’t complete anywhere near the daily amount of exercise that I do today. I viewed individual exercise as a chore – something which I was obliged to complete because it was good for my health, rather than as something I did out of passion.

More importantly, I felt disenfranchised by team and competitive sports. As school children, we form our worldview around the context of our own lives; what our friends are doing, what kind of activities are on offer, the way that we perceive those activities. My own perceptions of team sports were highly negative. My school prided itself on its performance in many team sports - most notably, netball for female students and rugby for males. I never liked rugby. I wasn’t any good at it, and the highly competitive nature meant that when I did give it a go, other more skilled players were favoured over me. Any time I was on the field, I felt that my lack of proficiency was letting my team down. As a result, I disengaged from rugby entirely. I felt my perceptions being amplified by televised sport – something many of my friends followed religiously. My experiences with team sports left me with little interest in spectating these kinds of activities, and the more people talked about State of Origin or the AFL, the more alienated I felt from that community. It seemed as though I was simply not destined for sport.

However, that all changed for me once I discovered yoga. I realised my problem had never been with sport, simply the way I had interacted with the sports on offer to me. I hated the pressure to perform, which was placed on me not just by myself, but also by my teammates and sporting fans in general. I came to this conclusion after I enrolled myself in a two-week yoga trial at a studio near me – and absolutely loved it. The pressure I had put on myself to perform was simply non-existent in a yoga practice. The motivation was entirely intrinsic – there was not a single extrinsic factor influencing my practice. No need to defeat the opposition, no need to show off to my teammates, no need to prove myself to a coach who determined how much time I’d get on the field. I came to realise that there were so many more varieties of exercise that existed outside of the bubble of team sport that my schooling revolved around.

That’s what excites me so much about the Champion Life program – it’s completely framed around variety. It looks beyond the scope of competitive sport and encompasses so much more. It helps to demonstrate that exercise isn’t something you should be doing at the behest of others – it’s something that should bring you an intrinsic sense of accomplishment. If such a program had existed when I was at school, I have absolutely no doubt I would have felt a sense of liberation upon realising my perception of sport was not the truth. Champion Life even features yoga challenges – maybe I would have engaged with my favourite pastime years earlier than I did!

It’s far from my aim to criticise competitive sport. Some kids are cut out for it perfectly – the competitive nature pushes them and their friends to perform at their best, and they learn valuable lessons about defeat, victory, and hard work. But for kids like me, it risks disenfranchising them from exercise for life. We’re experiencing an epidemic of decreased physical literacy across the world. Many of us lead such busy lives, it can be so incredible hard to set aside time for something which we don’t enjoy on top of our already stressful days. But programs like Champion Life can introduce a hugely diverse group of people to a positive ideology surrounding exercise, an ideology that will benefit them throughout their entire life. I’m so lucky to have found a form of exercise that I love – it brings me a lot of happiness to know that Champion Life is giving that same opportunity to others.

Get started with a 4-week trial